As the year draws on we continue to have students competing in high level sports, we have some exciting new information regarding our students’ achievements.

The end of footy season brought many SFX students into grand finals with their Belconnen Magpies teams. The all-conquering Under 13s team consisted of Cooper Bell, Nicholas Itter, Riley Lawless, Jacob Holgate, Ethan Sawade, Liam Murray, Lachlan Raadts, Jacob Moore and Rhys McLaughlin who are played for their third consecutive Grand Final after winning the last 2 years. They have only lost one game in 3 years and ended the season on top of the ladder with a massive 2800%. 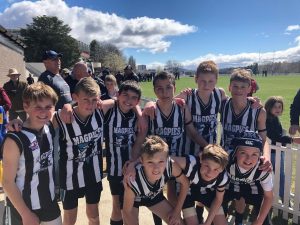 We also had a couple of U17s boys Thomas Itter, Mitchell Rolls playing in the Grand Final against Ainslie at Football park. The Magpies U17s came out of nowhere and no one predicted they would reach the Grand final but a dominating last five weeks sees them in the big one. Both boys have played fantastic this year with Tom a vital midfielder/forward for the team and Mitchell having a first season having never played footy before becoming a very important impact player.

Joshua Bates in Year 10 and Lauren Bates in Year 8 both attended the 2019 Cycling Australia Junior Road National Championships held at the Gold Coast on 20th to 22nd of September 2019. This national event saw 300+ of the country’s most promising young cyclists in the U15 and U17 categories contest the three-day championships.

They both completed an Individual Time Trial, Road Race and Criterium race, placing well in each of their age categories with their fellow competitors around Australia, and both achieving personal bests in their events. Lauren Bates also won a Bronze medal in the Road Race. 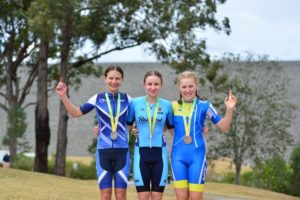 Year 12 student Riley Willcox represented SFX  at the School Sport Australia Championships in Mandurah WA, from Sunday, 25 August – Friday, 30 August 2019. The SSACT Golf Team competed against all the other states across Australia, though they did not win, it was a great experience for them all.

Luca Florez in Year 10 has been selected in the Australian Schools Football National U/16 Schoolboys Team to travel to the United Kingdom and Republic of Ireland in January, we wish him luck and congratulate him on this outstanding achievement! 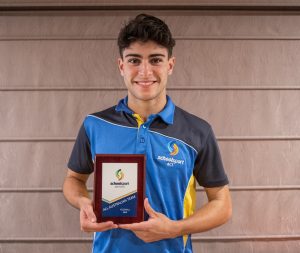 We love to celebrate students’ success, if your child has any upcoming tournaments or has achieved well, please pass on news and photos to Jessica.cooper@sfx.act.edu.au

The science of teaching: collecting feedback
Comments are closed.