Sport Report for February and March, 2018

On the 16th of March, we were very proud of our Year 9/10 AFL Girls’ Team who are the undefeated ACT champions! Undefeated all day, with no subs and only 15 players, to be the 2018 ACT AFL Champions. Congratulations!!

On the 2nd March Samantha Stevens and Brad McCallum took the 7/8 and 9/10 Boys Softball teams out to compete at the ACT competition at the Hawker Softball Centre. The 7/8 Boys really enjoyed the day out. They were encouraging of one another and played some good Softball throughout the day. Unfortunately, the team lost in a very close semi final to MacKillop, going down 7-5.

The 9/10s displayed a true team performance. The team went from strength to strength throughout the tournament. Stephen’s pitching was a highlight of the day as well as outstanding batting and fielding by all players. Congratulations to the boys who were ran out comprehensive winners 11-0 in the final. Special thanks to Sam Wong and Connor Schroder from Year 12 for coaching and providing inspirational words of wisdom.

The two 9/10 Girls Softball teams competed well throughout the day. Team B had a strong win in the first round against Merici 12-3 set the day up nicely. This promising start however, was followed up with a nail biting loss to Canberra High 7-6. The girls bounced back with a win against Belconnen High which helped them to top their pool and advance to the semi finals. Unfortunately, a 10-9 loss to Mount Stromlo is where the run ended. 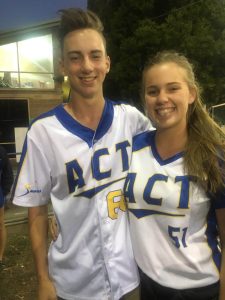 Congratulations to all the girls who worked well together and competed all day. Special thanks to Stephen Friend, Savahna O’Donnell (coaches) and Cohen Elliott (umpire) who’s assistance throughout the day was greatly appreciated!

Team A was inexperienced but did their best against some strong opposition. Despite losing both games, the girls showed some good skills. A big thank you to Savahna O’Donnell who was an outstanding coach!

The boys won Pool B convincingly. They had to play Erindale College for the Trophy Final. While they were competitive, unfortunately it wasn’t enough and lost the game 28-12. Well done to all the boys involved! 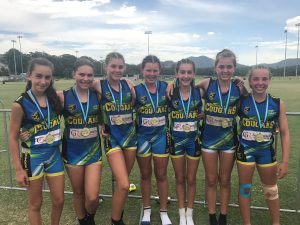 A big congratulations to Nikola Anastasi (8K2), Samantha Bailey (8K2), Abbie Bailey (8K1), Samantha Charlton (8K2), Kaylee Charlton (8K1), Cynthia Hamilton (8I1) and Eliza Roberts (9G2) who were selected to be part of the 16-player squad in the ACT U14 Girls representative team to compete at the Oztag 2018 NSW Junior State Cup tournament held in Coffs Harbour from 9-11 February.  The ACT squad won all six games in their pool during the first two days to advance to the finals.  The quarter final and semi final games were very close, hard fought games, but the girls played outstanding to advance to the grand final, which was a very tight game finishing in a draw, with the ACT girls winning 3-2 in extra time against Cronulla.  An awesome achievement, congratulations girls!

Congratulations to Jessica Hynes (7K2) who represented NSW in the 100m and 200m at the Australian Junior Track and Field Championships recently. 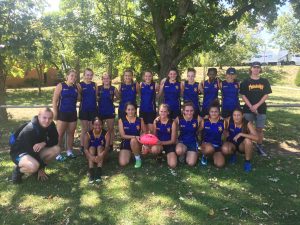 Congratulations and good luck to Jack Mitchell (10I2) who has been selected in the ACT U17 Baseball team.  Jack will compete at the National Championships in Adelaide from the 29 April – 5 May.

You’re invited to go to NASA!
Comments are closed.