Sports Report for July and August, 2018 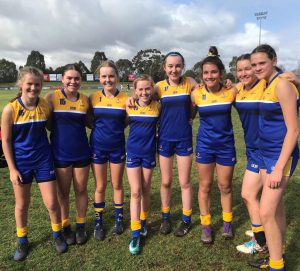 After the championships Caitlin Quester was selected in the ACT u18s girls team to play Combined Sydney High Schools in August.

Congratulations to a number of SFX students who travelled to Adelaide to compete for the SSAACT team at the AFL National Championships. 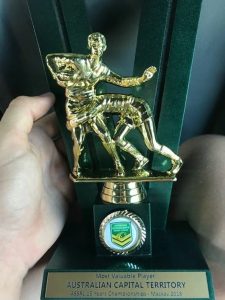 Well done to Kane Rushton who recently competed in the ASSRL 15 Years Championships in Mackay.

He was selected as man of the match v Queensland and was also awarded the Most Valuable Player for the tournament for the ACT!

As always, please let me know if your son/daughter has achieved sporting success so that it can be shared in the Newsletter!