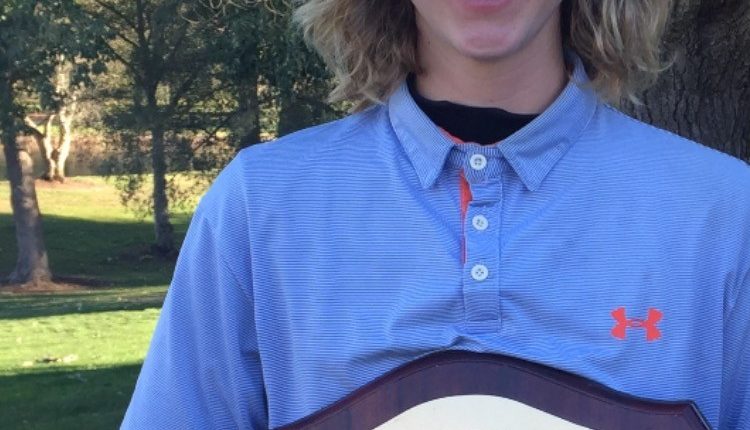 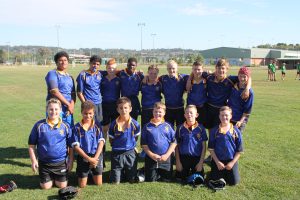 Our Sports Coordinator Brendan Duffy recounts some of our sporting achievements from the last month.

The 9/10 Boys showed a lot of competitive edge and heart as they competed at the ACT Brumbies Shield. The team had no reserves and the whole team lifted to destroy the two pool games (38-0 and 42-0). Unfortunately, the boys came up against a skilled Radford team in the semi final that have been working together for some time. They still managed to put points on the board with only 9 players on the field. Well done to all the boys involved!

The 7/8 Boys competed hard all day and showed fantastic teamwork and cooperation. They also achieved excellent results. The team was crowned overall champions after a tough final. Well done to all involved! 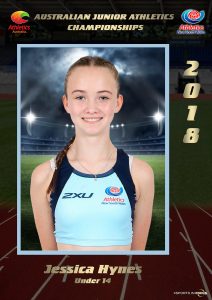 Congratulations to Jessica Hynes who represented NSW at the Australian Junior Track and Field Championships at Sydney Olympic Park from 14-18 March. Jessica competed in the age group above hers (u14) and ran in the 100 and 200m events. This is a fantastic achievement and will help to prepare her for next year’s Championships. Well done, Jessica!

Congratulations to Lekani Mpaso, Sidney Shaw, Tara Sweeting, Mikayla Fitzpatrick and Jeremy Maranan who travelled to Runway Bay, Queensland during the holidays to compete at the 2018 Australian Little Athletics Championship.  These students were selected to represent the ACT in the U13 respective event selection and U15 Heptathlon – 100m, 100m hurdles, discus, javelin, long jump, high jump and 800m.

These Athletes achieved some amazing results, including National finalists and some impressive Personal Bests and Lekani Mpaso was named Captain of our National Squad!

Well done to all Athletes!

The girls were outstanding and played with great skill and sportspersonship throughout the day. Big thank you to Emma White and Bailey Crowe for their excellent coaching all day. 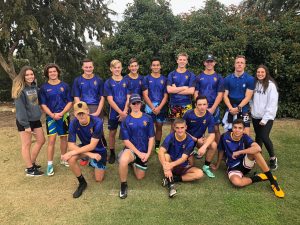 On Wednesday the 2nd of May, the 9/10 boys competed in the Northside Oztag competition. The team consisted of a high level of skill. The team got off to a slow start, but as the day progressed so did they, which meant making it to the finals. Winning against John Paul college in the semi. Making it into the grand final where the boys played Kingsford Smith. They were up 6-2 early in the second half before a nerve racking comeback saw the team hold on to claim a 6-5 victory. A huge thank you to Alyssa Mills and Sarah Farquhar who did an amazing job coaching the team!

Congratulations to the 7/8 Girls Oztag team who were crowned Northside Champions last week. The girls worked brilliantly together in attack and scored some incredible tries. The team scored a massive 33 tries in 3 pool games against Harrison, Brindabella and Burgmann College and did not concede any tries. The girls went on to beat Kingsford Smith 7-2 in the semi’s which put them into the Grand Final against Daramalan. The final was an excellent showcase of skill and effort, with the girls winning in a nail bitter 3-2. A big congratulations to the team and a special thanks to the senior coaches on the day, Sara Lang and Marley Thomas.

The 7/8 Boys played hard all day but unfortunately results didn’t go their way. They missed out on the finals but will be better for the experience and look forward to next year.

Congratulations to Jessica Sly who is part of a high-performance Taekwondo Sparring team. Jessica competed in the Australian Open Competition in Victoria in early May. We wish her well. 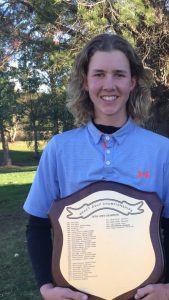 Congratulations to all golfers who competed in the ACT School Sports Championships on Monday 14th May. Well done especially to Riley Willcox who the won the competition with his even par round! Riley will travel to Coffs Habour in August to represent the ACT.

A reminder to parents/guardians to please be prompt with all pick ups and drop offs of students at school sporting events. The permission note states arrival and departures times.

If your son/daughter has achieved sporting success, please let me know so it can be recognised in the newsletter.

Parentline: Information and Support for Parents