As the year comes to a close the Resource Centre has been getting even busier.

Holiday borrowing is in full swing, textbooks are coming back fast, escape rooms are being thoroughly enjoyed as our shelves continue to be graced with wonderful new books.

The Resource Centre’s early embrace of Christmas décor may have been divisive (November!) but something that everyone can agree on is the wonderful talent and passion we have among our students. The Young Adult Lit Comp was born from the brilliant mind of Year 10 student Cassandra Merrick after she was reading from the perspective of a young person and just felt that the writing didn’t ring true. With the wholehearted support of The Resource Centre, a short story writing competition was created.

We were truly astounded by the quality of the entries and each one will be included in a book we are compiling to honour the talent shown.

After an agonising decision we landed on six stories to be shortlisted. Who better to vote for the Young Adult Lit Competition then the young adults themselves and therefore voting was opened to the school community at large. We congratulate runners up, Ekatarina Maric and Evie Brown who each won a $50 Westfield gift card and our humble winner Madeline Smith who received a $100 Westfield gift card and has assured us she has already planned her shopping spree.

We hope you enjoy Madeline’s haunting short story below. 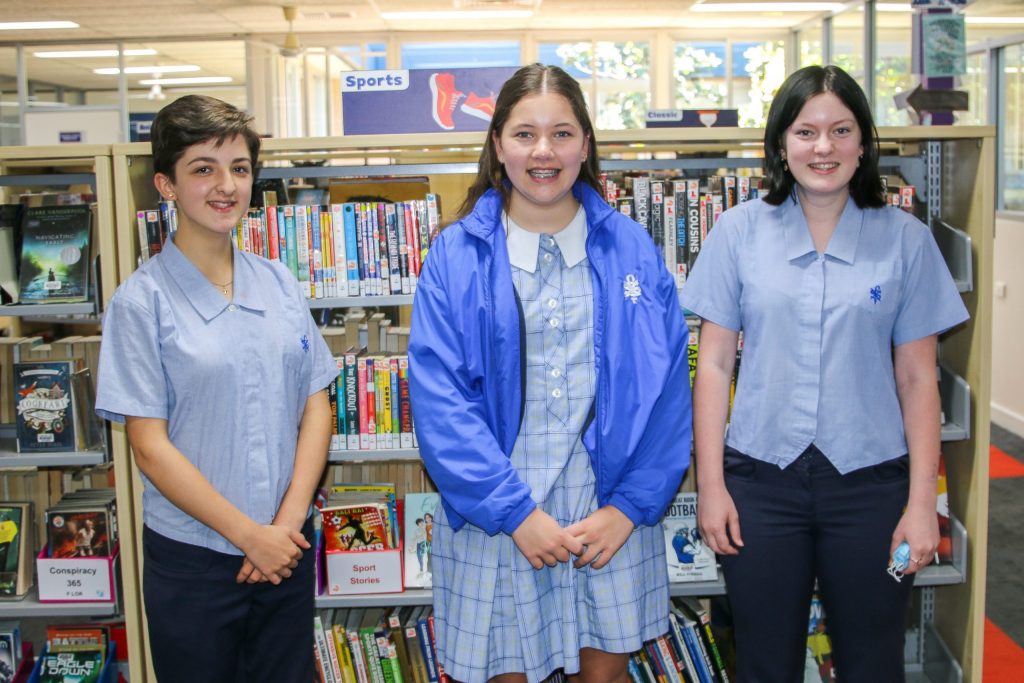 Amongst the chaos he felt oddly calm. It was almost as if each moment melted away as they occurred. His hands on their neck. The icy pavement biting his knees. The metallic tang of blood on his lips. The numbness of silence as the screams and gasps faded. Before his brain could catch up, all the moments had melted, and the person beneath him had become a body. Oddly, once again, he didn’t feel the vastness of remorse, or the sting of shock. He felt quite neutral, the way one does after crossing a chore off their to-do list. He pondered this neutrality as he washed away the blood, disposed of the gloves, bagged the body, and drove towards the river. The wind picked up as he dragged the bag towards the river’s edge. He whistled a mindless tune as he pushed the bag into the stream and watched it float out of sight. It was kind of beautiful how the body disappeared into the darkness, one with the river and the trees and the stars. Once the temporary lapse of beauty blew away with the wind, he strolled back to his car, wondering what he should have for dinner.

The investigation began when the person’s family became more worried than usual. The person was a young man who had disappeared on more than one occasion, only to return a few weeks later with a lazy explanation. The man wondered why people cared so much about such a useless human, but then again, he felt strongly about the topic, considering he had killed him. So far, the investigation had led to multiple dead ends. No body, no weapon, no suspects. The man felt sure he would not get caught. He had an underlying feeling that followed him around, the lingering taste of a small victory. Once the endless cycle of suburban life had begun to bore him once more, the man decided to return home early. He unlocked the door, whistling a personal tune. He continued to whistle as he stepped inside and closed the door behind him. His movements slowed as he heard his whistle begin to echo, creating a distant harmony. He followed the sound, the echo growing as he neared the study. His wife sat inside, still in her uniform, her ‘Senior Constable’ badge pinned to her chest. Her laptop was open and playing a video. The image was dark and distorted, but the sound was clear. It sent chills down the man’s spine. Beneath the swish of wind, he could hear his own whistled tune. And the sound of a bag being dragged along the ground. It was security footage of him at the river. His wife looked at him with an expression of pure shock and betrayal. It was as if her world had caved in, crashing down until it was mere dust. It was the look of discovering the killer had quite literally been under your nose.