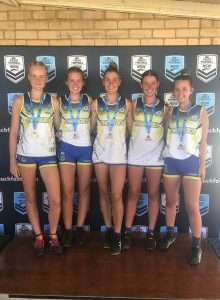 On the 22-24 February the below girls attended the NSW Touch Junior State Cup (Southern Conference), and won.

This was first time Canberra teams were invited to enter. The girls now head to Wollongong in April to play the next stage to battle out for the whole state cup win.