This week we are catching up with some of the cast members from our upcoming production of GREASE – The Musical.

St Francis Xavier College (SFX) students are ready to put on leather jackets, 50’s skirts and the memorable pink lady bomber, as they sing and dance the night away. The production will run from Thursday 22 August to Saturday 31 August 2019. Don’t miss out, tickets are selling fast. 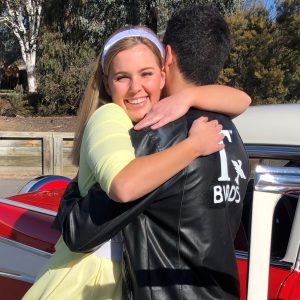 Savahna O’Donnell is 18 years old and is thrilled to be playing the female lead Sandy. Having been at student at SFX since Year 7, her love of the performing arts has flourished over the years.

Why are you excited to be part of GREASE The Musical?

I thought Grease was going to be so fun. I really connected with some of the concepts and thought there was relevance in the portrayal of current issues many teenagers still face today. I found it to be a relatable musical, more than others I had seen, as the characters are teenagers. Participating in the musical is also a great way to connect and develop relationships with students in other year groups, which is a very important and special thing to experience.

I played Amber in the SFX production of Hairspray two years ago and loved it. I have been involved in the music department for several years, but after Hairspray, I decided to take up drama as a subject as well.

At the moment, I am in awe of Greta Thunberg and particularly her song with The 1975. 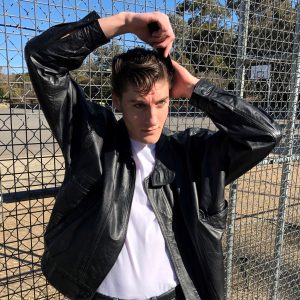 Elliot Cleaves is in Year 11 at SFX and has been at the school since Year 7. Elliot, with his comb ready, is all set to play the character of Roger.

I was 10 years old when I first watched the Grease movie.

Everyone loves Grease, so I think the most exciting thing about being involved in the show is putting on a familiar favourite for all generations. It’s going to be such a thrill to bring joy to peoples lives through these familiar songs and dances that everyone knows so well. It’s extremely rewarding and humbling to be able to be involved in such a nostalgic piece of art.

I have always loved performing and take any opportunity I get to be involved in a production such as this. I would have wanted to be involved no matter what the show was, but I think a part of me was pretty happy when they announced that it would be Grease. Grease holds a special place in my heart, as it was one of the first musicals I saw and fell in love with.

A man that I have admired for a long time is Robin Williams, the presence he brought to all his characters was inspiring and I can only hope that one day I might live up to his greatness. As for musical theatre, I would have to say the one and only Dick Van Dyke. He brings so much happiness to peoples lives simply by singing a song and tapping his feet, it would be a dream come true too be able to bring that much happiness to peoples lives simply by singing and dancing. 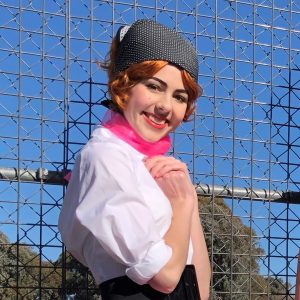 Emily O’Brien will take on the bubbly Frenchy for the SFX production. Currently in Year 12, Emily has been at the school since Year 7 and has played a major role in past productions.

I’m not sure exactly how old I was when I first saw grease the movie, but I think I was quite young. A lot of the jokes and comments went right over my head. I also remember seeing the musical in Sydney when I was 12.

It’s really fun to be a part of the school musical, firstly because I get an opportunity to act, sing and dance which I absolutely love to do, and also it’s so great to get to know and perform alongside people from other year groups who you may not have necessarily talked to otherwise.

My first ever school production was Hairspray in 2017, in which I played Tracy Turnblad. I think that after having had such a great experience in that production I just wanted to get to do it all over again in Grease.

Meet more of the Cast. Read more our Danny and Rizzo profiles.

Update from the Student Office

More of the Cast – GREASE
Comments are closed.