For the first time in a long time SFX entered both a girls and boys team into the 9/10 Volleyball gala day. With very little experience in Volleyball, all students played with enthusiasm and team spirit! While our teams didn’t make the final, it was great to see students improve as a team as the day went on. 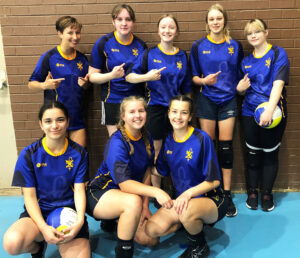 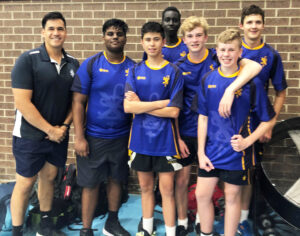 The 9/10 Boys’ Touch team was great on the day of the gala and had so much fun. The team should be really proud of the way they played and participated on the day – they are going to turn into great seniors! The boys were undefeated all day making the grand final, but unfortunately lost to Daramalan (6 – 4). Well done boys!

The 9/10 Girls’ Touch team had a successful day at Southwell Park. With only two subs and the warm weather making things challenging, the team worked really well together to achieve success. The team breezed through the five round games with a combined score of 39 – 4 which set up an encounter with Daramalan in the final. Unfortunately, the girls saved their worst game for last and were beaten 8 – 0 in a very one-sided game. Well done girls on a very courageous effort! 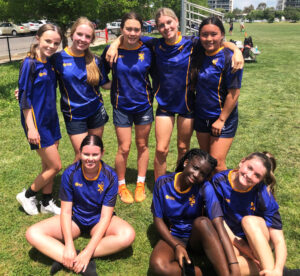 The 7/8 Boys’ Touch team experienced a learning curve in touch footy. It is a big jump between schoolyard touch and competitive touch. After a few games of adjusting to the next level, the boys found their stride and finished the second half of the day without losing a game. It was great to see them improve as the day went on – they exhibited great sportsmanship! 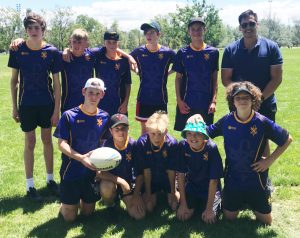 On Monday 9 November, 13 girls from Years 7 and 8 turned up to Southwell Park without playing one game together. The girls were ready to go and while they had a tough start against Harrison, they got the win (2 – 1) in an intense game! The girls went on to win all their pool games convincingly. The team won their semi-final against Gold Creek, but unfortunately went down to Daramalan in the final. The girls played fairly and with good spirit all day – the coach was very proud! 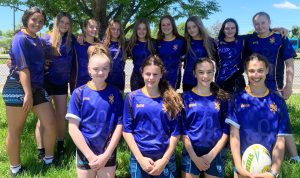 The sun was out and the grass was freshly cut – making for a perfect day of Rugby League. The SFX 7/8 Boys’ Rugby League team was on the ball early with a win against Canberra High. Heading into the second game they came up against Melba High where they secured another good win followed by a closer win game against Kaleen High. With three on the trot, the big test in the semi-final against St Eddies was where the boys came undone. A great effort – well done boys! 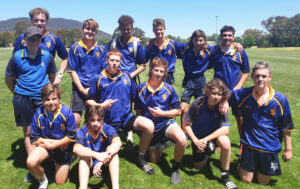 The 9/10 Boys’ team was also on the ball early defeating Campbell and Melba High. The boys had a loss to St Eddies, then beat Mackillop in the semi-final. The semi-final win earnt them a place in the grand final with a rematch against St Eddies but unfortunately they were just too strong in the final! 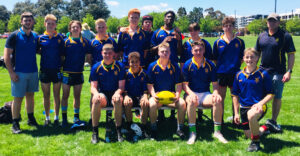 Both teams were fantastic representatives of St Francis Xavier College throughout the day and should be very proud of themselves. At the end of the day, Rugby League was the real winner!