This year at SFX, we are participating in Wear It Purple Day on Friday 19 August—the actual date is a week later, but our Year 12s will be on retreat then and many would like to be a part of this.

At SFX we acknowledge this day in a very simple way, by providing any student who wishes to participate with a piece of purple ribbon which is given to them at either recess or lunch. The students who distribute the ribbon will have the following information displayed on a poster behind them: 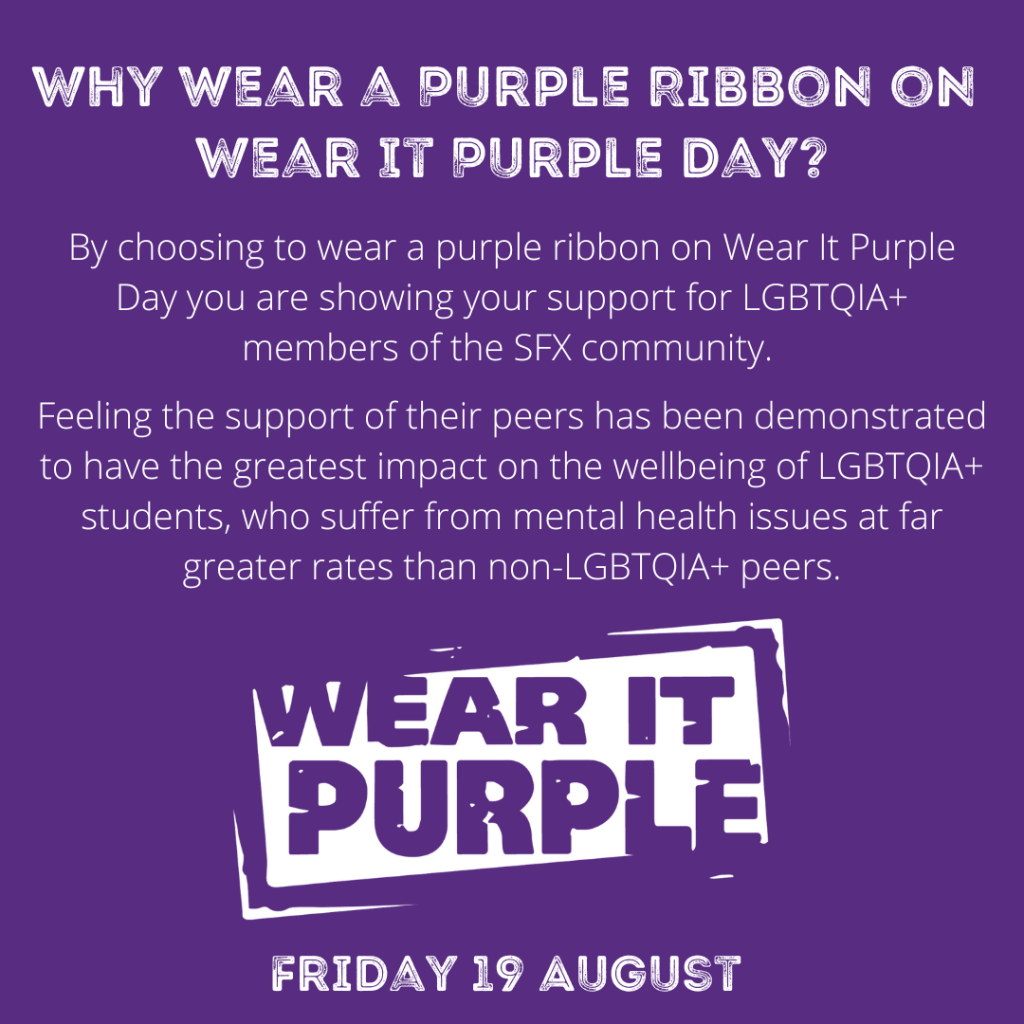 Some statistics from BeyondBlue