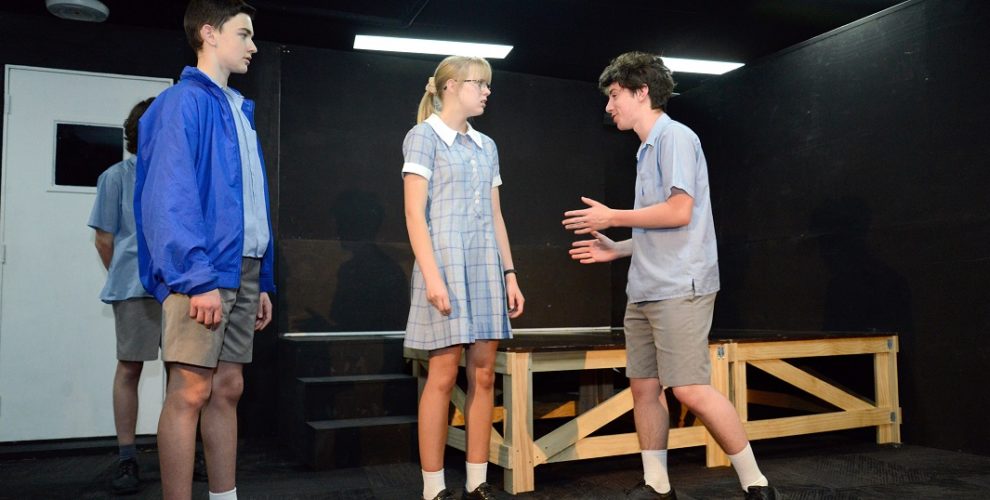 December 12, 2019Latest Newsby Admin
Throughout Semester 2, Year 10 Drama worked extremely hard to put together two incredible shows that were performed on 19 November. These two shows were created by two separate groups. One group put on a play called “Jekyll and Hyde”, whilst the other group presented a play called “No Exit”.

A lot of preparation went into the two shows, such as learning lines and working on our backstage roles which included, lighting, props, costumes, stage manager, publicity, photography, sound, producer and director. All these roles required a great amount of work, time and progress.

As stressful as the whole creating, working and build-up of the play was at times, it was also a lot of fun to work and create with the other actors/actresses and come together to put on some great shows.

A special thanks goes to Mrs Teasdale for helping our class prepare. Thanks also to d’Arge, Gabby and Crew for helping create the set and to all the students for putting in the time and effort to help bring both plays to life!

By Chloe Fagerlund and Paige Howell